A long ago requested feature from mapmakers and player is to have a choice in missions. It is coming to Knights Province Alpha 11. With this new feature missions can ask player in a convenient way to make some choice. No more “enable this house repair to get A and train a scout to get B”.

Let’s explore the details. This is how the typical script for the interactive messages going to look like:

The script above has 2 main parts: message instantiation and click event handler. Instantiated message looks like so, with up to 8 buttons for now:

When a button gets clicked, the message closes itself and sends an event to the script.
In our example we just show another message with the event arguments, but mapmaker can write any other script (give wares, destroy houses, spam enemies, reveal fog of war, proclaim victory or defeat and much more):

And now to some technical details for mapmakers – click event has to be separate from the message instantiation (aka asynchronous) because of several reasons:

Finally, this is just a prototype. If all goes well, choice and interactivity can become much more sophisticated. Dialogs, other kinds of controls (text inputs, checkboxes, etc.), controls in the overlay area, etc.

Some time ago I was reworking fishing mechanics. Biggest flaw that had to be fixed – unnatural fish depletion. Now fish slowly regenerates. To make it work, waterbodies had to be made to keep track of their fish reserves. One additional benefit is that building a dozen of fishermans houses would not increase overall catch amount, but only affect speed at which fish gets caught.

Having this mechanics for a while, made me realize that I’m not entirely happy with it, but can not put a finger on what exactly feels wrong. From game mechanics point of view, it works as it should – providing good starting nutrition source that is slowly depleting, but never too much to cause Fishermans houses demolition to be a good move. Mechanic itself is a bit less clear, fish count increments are a bit vague, but still on par with old approach. UI display – that’s what requires the most attention and work!

Current display (numbers on terrain) was totally unnatural for the games visual style and has to be reworked. But how? The idea is to mix a heatmap with a fluid. Let it be a bit vague and flow-like.

Checking that all the tiles align well between texture and the terrain:

Fish can not be caught anywhere nut the shoreline, so it makes sense to show the effect only there. Also trying out different scale – looks interestin, but too noisy. The water should be calm:

Trying out fishcount effect without blur – looks good for a Minecraft clone:

This is how the final effect looks:

You can check this and other new features in the wip versions of Knights Province available at https://discord.gg/cEwJFSY

Been working on hotkeys for the last week:

Army hotkeys were rigged, but I havent mapped default values to them.

Making AI to attack neutral aggressive animals (and their dens) proved to be more complicated than I thought. Why is that?

Existing AI attacks work quite simple – AI has a list of attacks it needs to run at certain times (or periods), which are “nearest unit”, “nearest house”, “go to location”. Then AI checks if it has enough troops and launches the attack. To this time, I have planned for neutral hand to own both inert and hostile animals and houses. Which means that in order for AI to attack “any” enemy, it needs to check all enemy hands assets and also to check all neutral hand’s assets individually (to pick only hostile ones). Which is sub-optimal both from programming and from code-design point of view (especially the “individual” alliance setting).

Hence I’m looking into splitting neutral hand into two separate hands: inert and hostile, so that alliance settings between hands become simple again (either “ally” or “enemy”). Rules go like in order of priority:

New problems arise though. Currently in Game and in MapEd all hands are tightly packed and each hand can be of any type atm. It’s a good time to fix this too. E.g. you can have 1 human hand and 7 separate neutral hands. Which is a waste of space really. Now there needs to be up to 2 different neutral hands – Ni and Nh (if hand has no assets it gets skipped). Still tightly packed on save and always on the right side of the hands palette in MapEd. Reordering hands is a bit complicated since hands hold a lot of cross-references (e.g. Goals/Objectives/Alliances/etc). Processing example goes like so: load a map into MapEd with 1/2/3/Nh hands. Append 8 more hands. Make the last hand Ni. Swap hands around for Ni and Nh to occupy the 11th and 12th slot. Do the map editing. Remove hands without assets before saving.

Another complication: previously I stored hand type in 2 fields in mission data: allowHuman and allowAI. 4 combinations of which described 4 hand types that were – Human, AI, Skirmish and Neutral. Now 5th type is needed, to split Neutral. For that I’m planning to add allowNeutralType flag/command.

There are other minor issues of course (and some bigger ones I haven’t stumbled upon yet), but overall I’m feeling confident and happy about this refactoring – it will make things a bit more complicated in one small area (Ni and Nh management),but much more simple in other broader areas (since larger parts of the game work with alliances).

On to the refactoring! )

Alpha 10.1 is out. It features following bugfixes:

Recap of events since Alpha 9

Mini-competition is over and I’m happy to announce the results!

We have 5 maps in the competition: 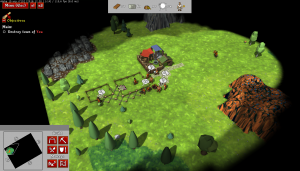 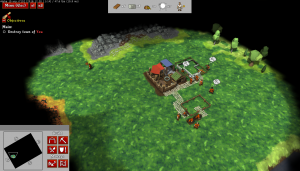 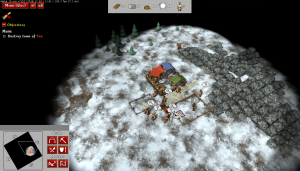 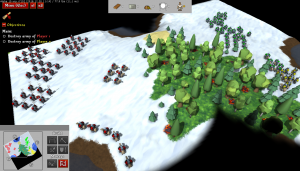 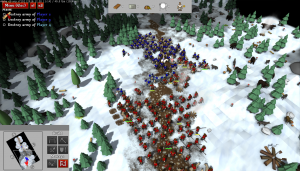 Winners and prizes are: 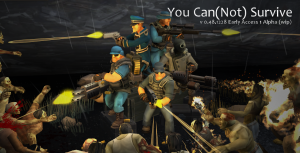 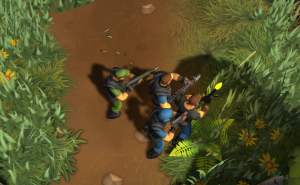 Due to lack of time and small number of maps sent in, competition is prolonged till next week – 30 Dec!

Winter is coming along with Alpha 10 of the Knights Province! Let’s celebrate this with a competition! Task is simple – create an addon map for the game using built-in map editor (and optionally, dynamic scripts). Submit the map until December 30th. Await for results and get your prize soon after. 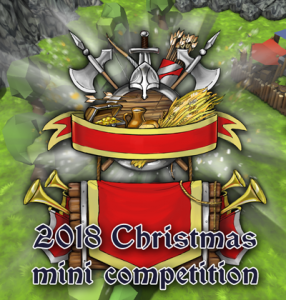 Each map will be judged by the jury (DarkianMaker, Krom, Lewin, Maps, Thibmo). Map with the most points – wins. Points will be awarded in the following categories:

Feel free to ask for clarifications, they will be answered here.

All Knights Province units need food to eat (well, except machines and animals). Otherwise they die of hunger. So dedicating a large portion of town to a food production is a good thing. But how much food is needed anyway? Let’s look into how much units eat:

Warriors can not leave their duty, so they get their food delivered by serf, which gets picked randomly in Camp/Store and tops warrior’s condition to 100%.

When citizen get hungry, they come to nearest Tavern that has free places inside (each Tavern can fit only 6 units at once). Typically when unit comes to Tavern he is at 13% full. When inside, unit will eat food in order it is listed in the Tavern until being 90% full.

I’ve been asked several times about food values for citizen, so here’s a small chart:

Please note, that above values are subject to change and should be considered correct only for current Alpha 9.1. In upcoming Alpha 10 values will be tweaked to:

So for example, in well stocked Tavern, unit will eat Fish+Cider+Bread and walk out, keeping Sausages and Ale intact.

Posted in How things work | 8 Comments