I’ve been thinking about organizing troops in NextGame. This post is a snapshot of my thoughts, incomplete and fragmented, so please allow enough room for later changes and details to be added.

Firstly we would want to keep the Rock-Paper-Scissors principle, so that each troop type has a weakness and an advantage. Secondly we want to keep tiers – that is different levels of troops.

They form a nice RPS rectangle, where each element has strong and weak opponents: 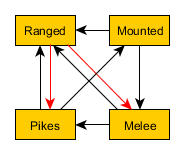 For completeness sake let’s add additional types of military objects that compliment the RPS described above: 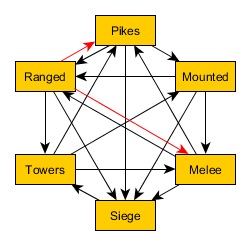 Ranged and Siege are natural enemies of the towers.

We want to let players have armies early on. They might be weak, but would allow to reduce the “peace time” and make the game more diverse. So for example players need to balance between investing into quick and weak armies, or hold on till strong armies are available. 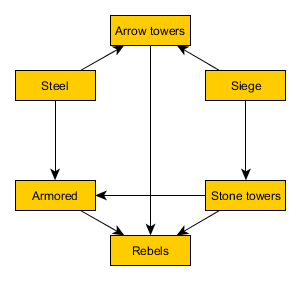 Following military assets are also available to the player:

Now about training. Last time we have reached this diagram: 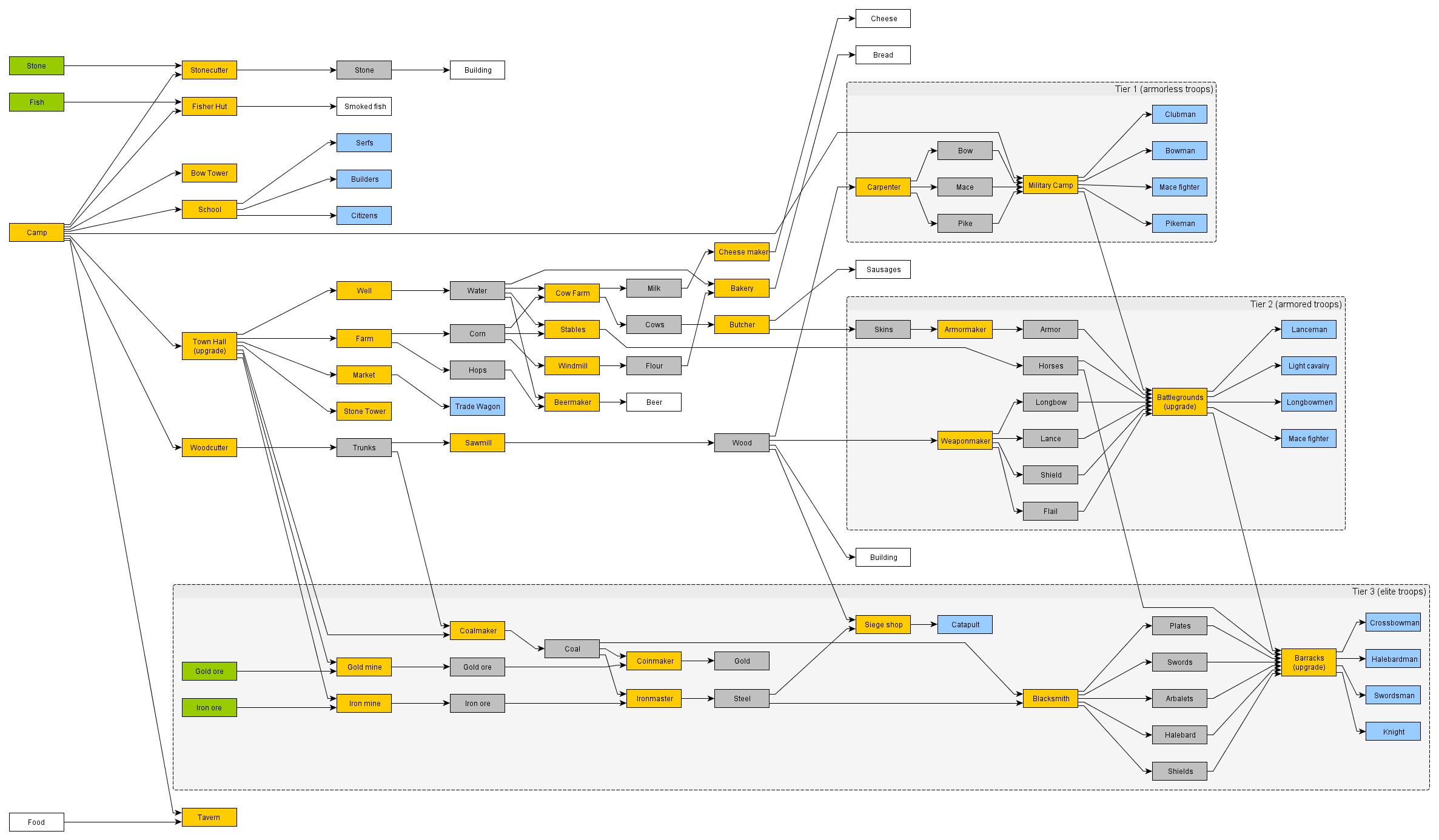 As shown on the tech tree, we can make the military encampment upgradeable. We are not sure that will work out, but we can give it a try I guess )

The plan is to have Rebel Camp as early as possible and maybe allow to hire units directly there, without use of School. Training Grounds provide second tier and should be available once town has Tannery functional. Barracks require steel industry.

This entry was posted in Ideas. Bookmark the permalink.

11 Responses to Thoughts about military