The funny thing about AI, is that once you let it loose it starts living on it’s own. So I was poking around, fixing various bits and pieces and added a second player to the Lake map. 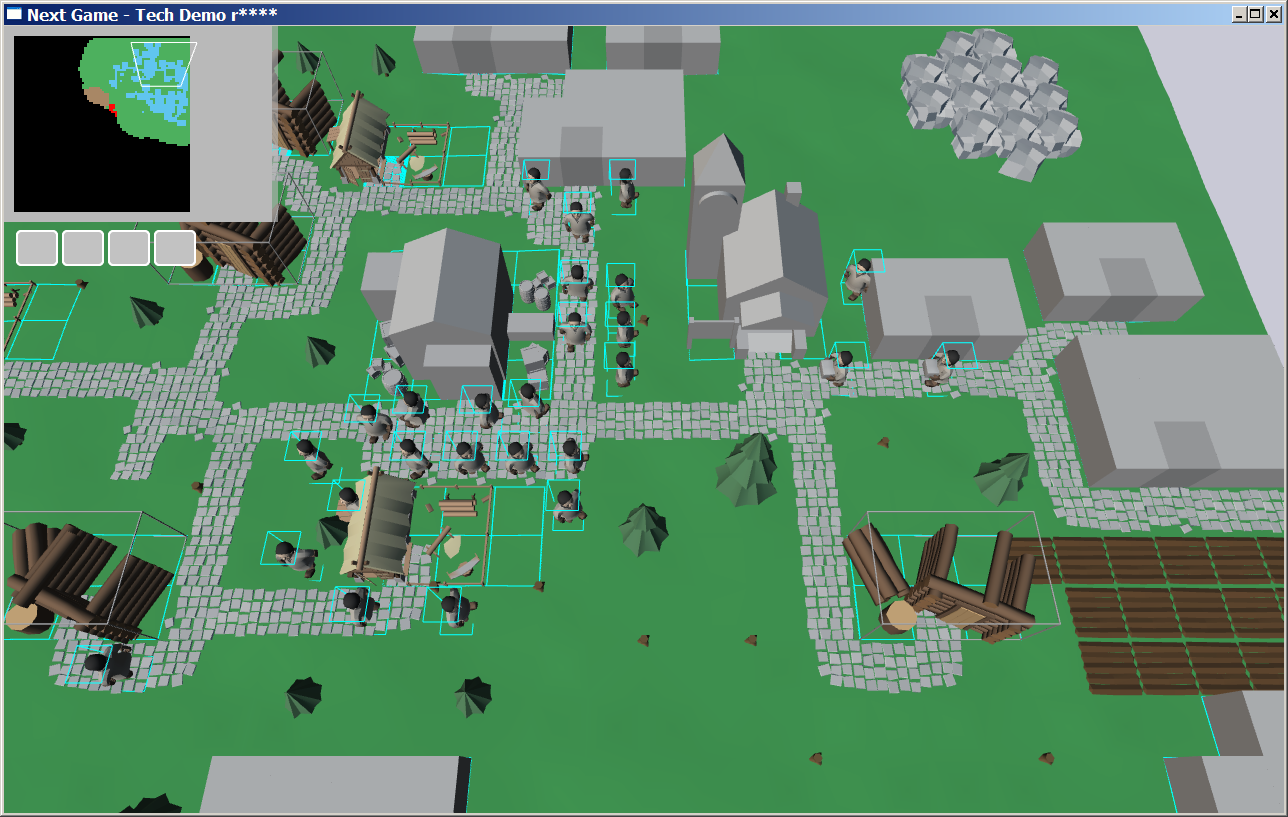 Now that screenshot is nowhere near AAA title quality level (laughing about even idea of such comparison), but there’s certainly some lively action going on. There’s something magical about seeing game’s alpha in action 🙂