Majority of Recast Navigation code has been finally ported to Delphi. 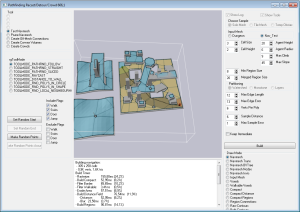 Now I can switch back to more NG-related things. Plan is to make a test tool that will load NG map and try to build a Recast NavMesh on top of it, much like the demo above, but with an NG map instead of demo level. 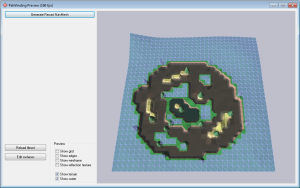 Here on the screen is the first step of it – making a polymesh to feed into RecastNavigation navmesh generator.

This entry was posted in Live progress, Sidenotes, Tools. Bookmark the permalink.