Let’s temporarily switch away from technical side of development and take a look at planning. Over initial course of planning we had several iterations over tech-tree plans. Here is how it looked like:

First plan was rather short and based off upgrades idea. Something that would enrich the game and allow to start a village with a believable encampment instead of stone Store in the wild: 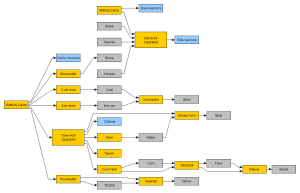 Second one is detailed version of that. We thought that maybe player can start with wagon and choose a place to settle. We also played with idea of: 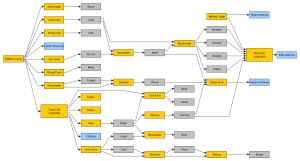 What if there are all sorts of wagons, settlers, military, trade. And boats:

However that quickly gets out of hand – wagons are disconnected from main town and there are all sorts of logistics issues, like – who will bring the food and supplies? That does not works well for a game where each and every ware is actually transported between locations. So next plan focused more on traditional ideas: 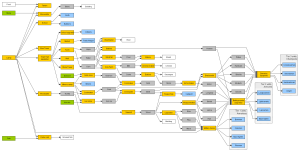 Newest plan shows 3 tiers of troops, something we would like to have for combat diversity. That naturally forms 3 branches of development: 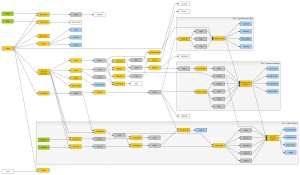 As you can see – each next plan is different from previous, some ideas are added and some are rejected (often temporarily).

This entry was posted in Early plans, Ideas. Bookmark the permalink.